Reimbursement Cover: In the event that the rental vehicle is stolen or damaged, the rental car company will charge your credit card for the excess or gap amount. You can then claim for reimbursement under your Tripcover Rental Vehicle Excess Reduction and Luggage Insurance policy underwritten Allianz Global Assistance. Your claim will be processed within 10 business days of receiving completed documentation.

Yahooo! After much delay our iPhone and Android apps are now available for free download at the iTune and Google Play stores. Simply go to iTunes and Google play sites and search for Tripcover. 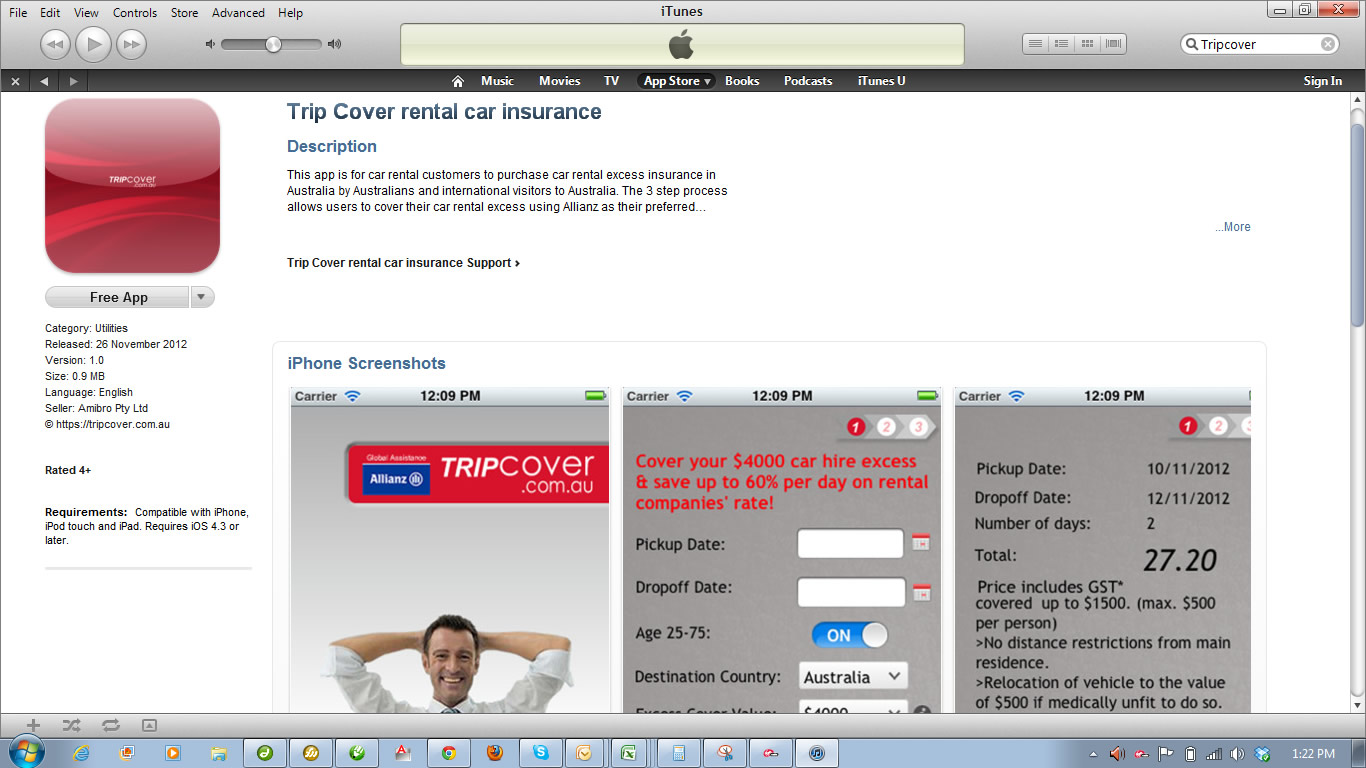 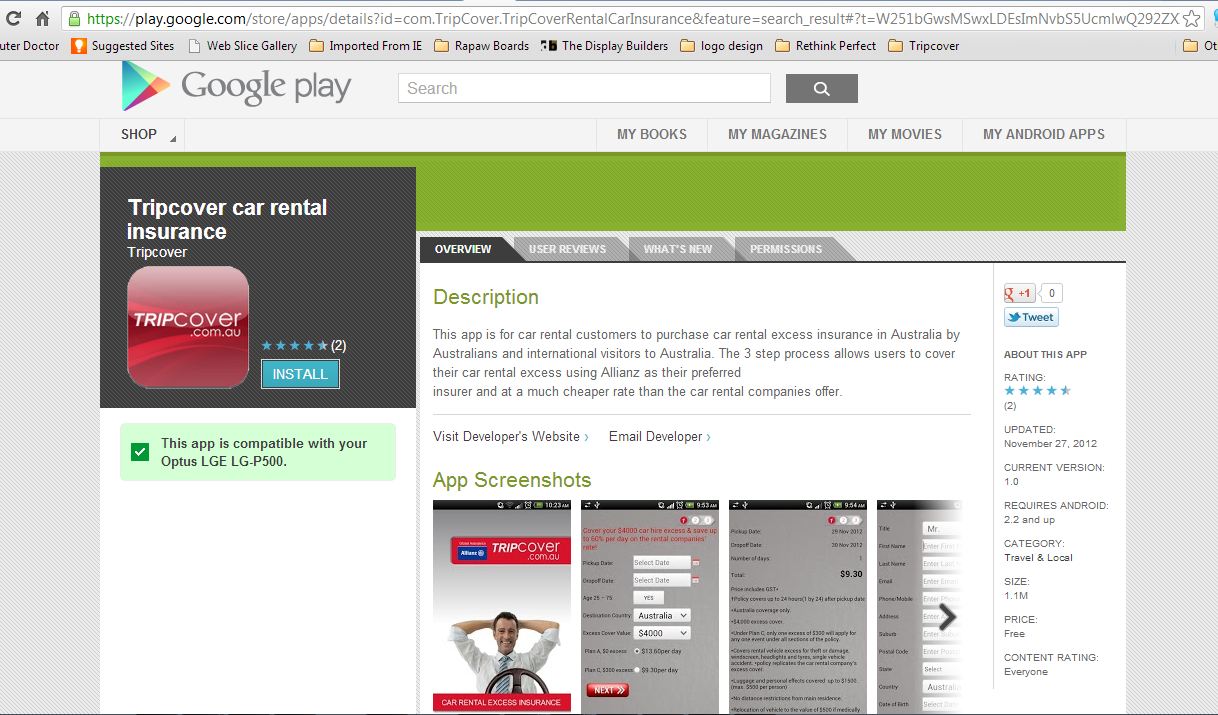 Now, when you are at the rental desk you can decide to by-pass the car rental companies expensive excess reduction offer (between $22 to $27) and simply use the Tripcover app  to cover your rental, from $9.30 per day, while you are heading to pick up your car.

Smart Traveller article from The Age and the Sydney Morning Herald on Tripcover
July 7, 2012

Sherlock Cracks the Case
Desmond Sherlock is a thorn in the side of Australian car-rental companies. About six months ago, he started tripcover.com.au, the first insurer to specialise in car-rental excess insurance.

“Our premiums are about a third cheaper than what you get with the rental companies,” Sherlock says. “Their insurance rates are usually from $22 to $27 a day to reduce the excess to $300. Our rates start at $9.30 a day.”

Sherlock says that some car-rental policies have excesses up to $6000. Of 6.8 million annual car rentals in Australia, between 30 per cent and 40 per cent of people opt to buy excess reduction.

He agrees many travel-insurance policies also provide car rental excess reduction, but claims his company (managed by Allianz Global Assistance) is the only specialist in Australia and soon hopes to offer an annual policy and expand to New Zealand.

Car renters struggle to give up old tricks

What is it about the car hire industry that makes it a candidate for the most poorly behaved corporate sector in Australia?

Over a decade or more up until the middle of last year, it seemed to me the car renting business had become virtually incapable of telling the truth about the real cost of renting a car.

The headline rate that appeared in advertisements was usually about half what you’d be up for when you added all the asterisked charges, then put petrol in the tank. Heaven help you if you took the car back with a tank that needed topping up at the renter’s sky-high prices
Read more:  October 4, 2010

· I booked a car online for one day in Sydney for a fleeting day trip to be at a special occasion for an old friend. The email receipt I received for my reservation mentioned an additional fee for ‘excess reduction’ on top of what I’d already paid for excess cover, but did not mention what the excess would be if I did not pay the fee. I found out when I arrived to pick up the car that it was a whopping $3500 excess which I think is a risk few people would be willing to wear. So in fact my rental for the day was $30 more than I was quoted PLUS an additional airport fee of $18 which was also not mentioned along with the “airport concession fee recovery” of $11 quoted in the receipt. No way would I have rented a car for the day if I’d known how expensive it would be.

Read the contract. Be aware of your responsibilities. Ignore the super deals advertised and negotiate the full price at the counter. Use your phone/camera take photos of vehicle before you leave for damage reference. Would you lend your brand new car to a complete stranger without any conditions for $50 a day?? No, so cover your arse and read the fine print.

If you have insurance, you shouldn’t have to worry too much about excessive charges for damage. Take a video camera and do a once-over of the car to identify any marks and report any that aren’t on the paperwork before you leave the car park. Other than that, there isn’t too much that can go wrong. If you forget to fill up before returning the car, it’s hard to blame the rental company. The fuel gauge will indicate full for a while after you fill up.

Why not take a look and get a quick quote at Tripcover.com.au and you will be pleasantly surprised.